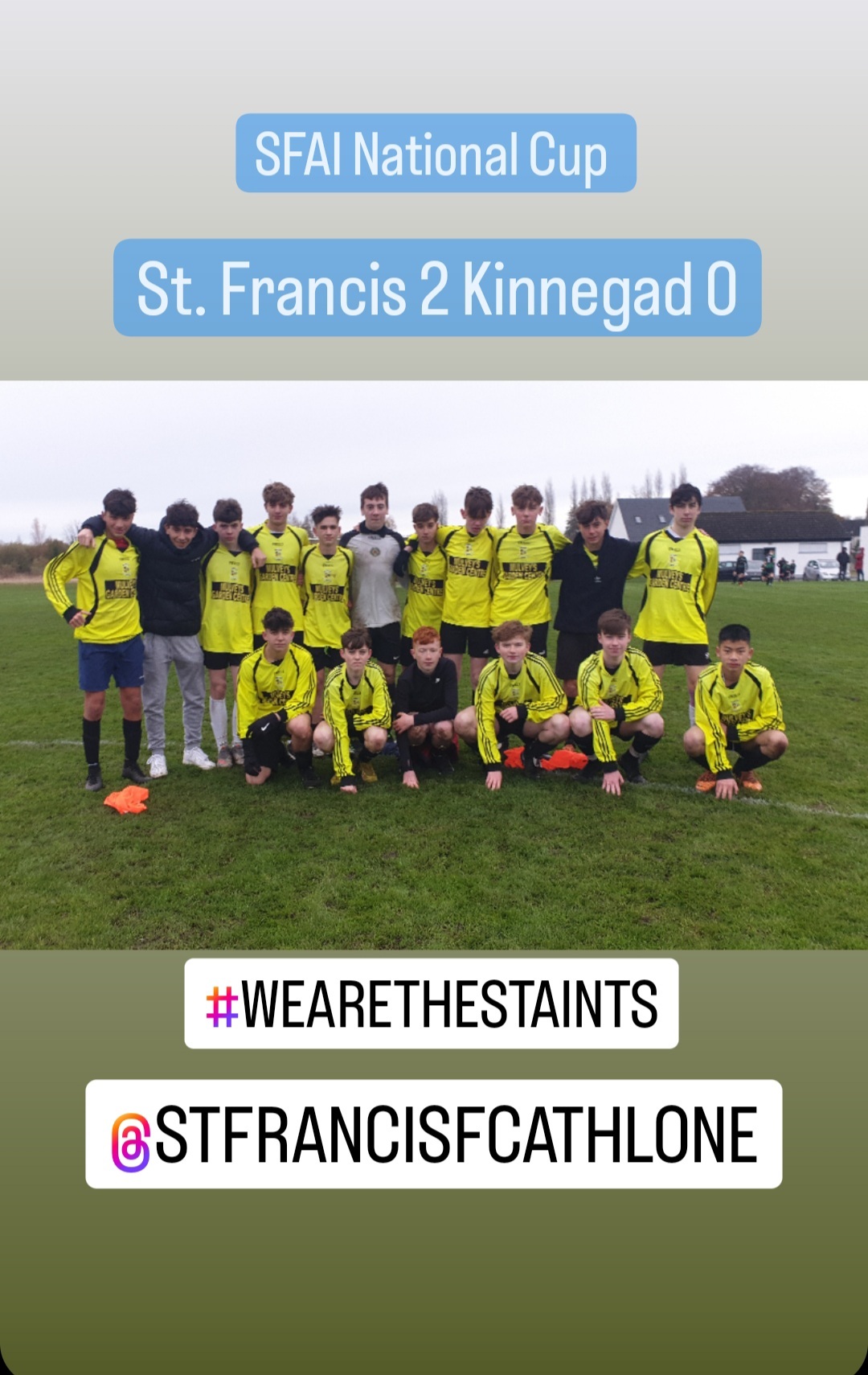 The Saints March on into Round 2 of the National Cup. Lead today by Aaron Keegan.

The U16 League Leaders made the early journey to Iona Pk for the KO@1000.

From the whistle St. Francis regained and held the possession, looking for gaps in the oppositions defence.

There were some tough 50/50 battles in Midfield from Keegan and McCay, lead to a early substitution after studs were shown.

The Saints forced to make to make some early tactical changes.

Both sides spent the next 20 mins cancelling out each other attack. McMickan and Fogarty were very busy on the right. While Fernando and Rian were solid in there cover.

A rash tackle in the 31st min, gave

St.Francis a free kick just outside the box.

The shot from Yago, took a deflection and rolled into the open net.

The Second half was similier to the first with both teams cancelling out the attacks.

Great work from Eduardo, OBrien and Kelly to keep stretching the defence.

There hard work paid when in the 54min, Javier with a chip, somehow managed to squeeze the ball behind the keeper.

Deep into the second half, St. Francis were able to bring on the substitutions. Tireless work from Dion Jack and Pablo chased every ball, making Kinnegad earn every pass.

Overall, a great team performance from the Saints.

Thank you to our ever present supporters

Please support our Festive draw , and if you can share th...

St Francis look for players to hone their skills at home ...

Get live information for Club on the ClubZap App